Chemotherapy’s Damage to the Brain 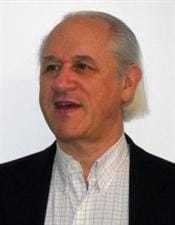 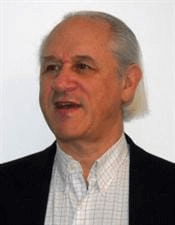 A commonly used chemotherapy drug causes healthy brain cells to die off long after treatment has ended and may be one of the underlying biological causes of the cognitive side effects – or “chemo brain” – that many cancer patients experience. That is the conclusion of a study published today in the Journal of Biology.
A team of researchers at the University of Rochester Medical Center (URMC) and Harvard Medical School have linked the widely used chemotherapy drug 5-fluorouracil (5-FU) to a progressing collapse of populations of stem cells and their progeny in the central nervous system.

“This study is the first model of a delayed degeneration syndrome that involves a global disruption of the myelin-forming cells that are essential for normal neuronal function,” said Mark Noble, Ph.D., director of the University of Rochester Stem Cell and Regenerative Medicine Institute and senior author of the study. “Because of our growing knowledge of stem cells and their biology, we can now begin to understand and define the molecular mechanisms behind the cognitive difficulties that linger and worsen in a significant number of cancer patients.”
Cancer patients have long complained of neurological side effects such as short-term memory loss and, in extreme cases, seizures, vision loss, and even dementia. Until very recently, these cognitive side effects were often dismissed as the byproduct of fatigue, depression, and anxiety related to cancer diagnosis and treatment. Now a growing body of evidence has documented the scope of these conditions, collectively referred to as chemo brain. And while it is increasingly acknowledged by the scientific community that many chemotherapy agents may have a negative impact on brain function in a subset of cancer patients, the precise mechanisms that underlie this dysfunction have not been identified.
Virtually all cancer survivors experience short-term memory loss and difficulty concentrating during and shortly after treatment. A study two years ago by researchers with the James P. Wilmot Cancer Center at the University of Rochester showed that upwards of 82 percent of breast cancer patients reported that they suffer from some form of cognitive impairment.
While these effects tend to wear off over time, a subset of patients, particularly those who have been administered high doses of chemotherapy, begin to experience these cognitive side effects months or longer after treatment has ceased and the drugs have long since departed their systems. For example, a recent study estimates that somewhere between 15 percent and 20 percent of the nation's 2.4 million female breast cancer survivors have lingering cognitive problems years after treatment. Another study showed that 50 percent of women had not recovered their previous level of cognitive function one year after treatment.
Two years ago, Noble and his team showed that three common chemotherapy drugs used to treat a wide range of cancers were more toxic to healthy brain cells than the cancer cells they were intended to treat. While these experiments were among the first to establish a biological basis for the acute onset of chemo brain, they did not explain the lingering impact that many patients experience.
The scientists conducted a similar series of experiments in which they exposed both individual cell populations and mice to doses of 5-fluorouracil (5-FU) in amounts comparable to those used in cancer patients. 5-FU is among a class of drugs called antimetabolites that block cell division and has been used in cancer treatment for more than 40 years. The drug, which is often administered in a “cocktail” with other chemotherapy drugs, is currently used to treat breast, ovarian, stomach, colon, pancreatic and other forms of cancer.
The researchers discovered that months after exposure, specific populations of cells in the central nervous – oligodendrocytes and dividing precursor cells from which they are generated – underwent such extensive damage that, after six months, these cells had all but disappeared in the mice.
Oligodendrocytes play an important role in the central nervous system and are responsible for producing myelin, the fatty substance that, like insulation on electrical wires, coats nerve cells and enables signals between cells to be transmitted rapidly and efficiently. The myelin membranes are constantly being turned over, and without a healthy population of oligodendrocytes, the membranes cannot be renewed and eventually break down, resulting in a disruption of normal impulse transmission between nerve cells.
These findings parallel observations in studies of cancer survivors with cognitive difficulties. MRI scans of these patients’ brains revealed a condition similar to leukoencephalopathy. This demyelination – or the loss of white matter – can be associated with multiple neurological problems.
“It is clear that, in some patients, chemotherapy appears to trigger a degenerative condition in the central nervous system,” said Noble. “Because these treatments will clearly remain the standard of care for many years to come, it is critical that we understand their precise impact on the central nervous system, and then use this knowledge as the basis for discovering means of preventing such side effects.”
Noble points out that not all cancer patients experience these cognitive difficulties and determining why some patients are more vulnerable may be an important step in developing new ways to prevent these side effects. Because of this study, researchers now have a model which, for the first time, allows scientists to begin to examine this condition in a systematic manner.
Other investigators participating in the study include Ruolan Han, Ph.D., Yin M. Yang, M.D., Anne Luebke, Ph.D., Margot Mayer-Proschel, Ph.D., all with URMC, and Joerg Dietrich, M.D., Ph.D., formerly with URMC and now with Harvard Medical School. The study was funded by the National Institutes of Neurological Disorders and Stroke, the Komen Foundation for the Cure, and the Wilmot Cancer Center.