PANDAS: When a Simple Strep Throat Leads to Frightening Behavior 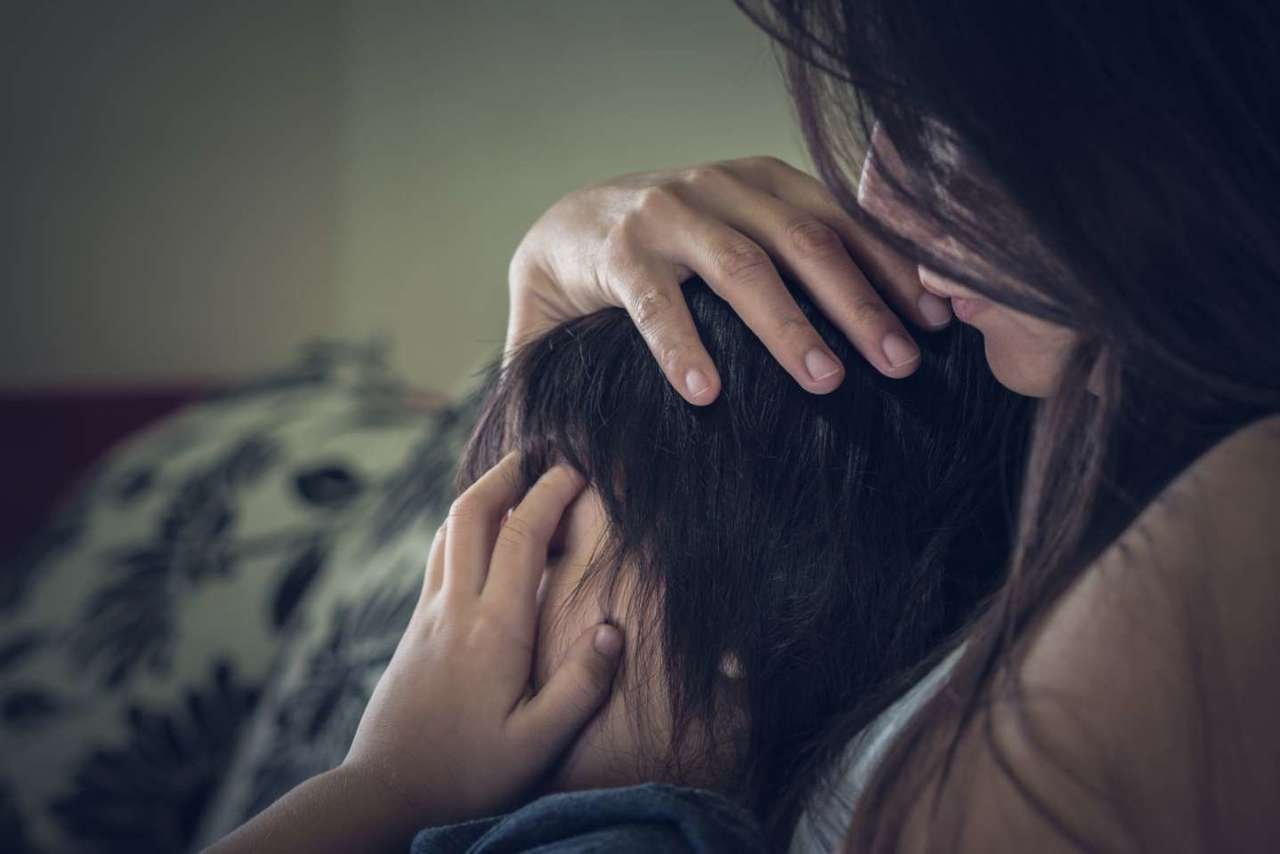 © (Getty Images) The upside for families is treatment for PANDAS can often be simple and effective.The condition is under-recognized and researched, but early detection is critical for a full recovery.

Diana Pohlman thought her 7-year-old son, Garrett, had been molested or assaulted. How else could she explain that one day he was a healthy, happy kid, and the next, she says, "he was completely out of his mind?" Case in point: He came home from second grade, fell to the ground and began panicking about radiation. He ran around the house turning off lights, weeping and clinging to Pohlman "as if he'd been traumatized," she recalls.

Garrett's behavior only got more frightening from there. He stopped eating many foods because he believed they were toxic, and couldn't do his color-by-number style "homework" without staring at the page and sobbing for hours. His handwriting became illegible, and he developed obsessive habits like lining up Legos for hours and then smashing them because they weren't "perfect," Pohlman remembers. He wouldn't go to school without Pohlman by his side all day, and eventually refused to leave the house entirely.

"It was hellacious," says Pohlman, a stay-at-home mom in Menlo Park, California. Initial visits to a neurologist, immunologist, rheumatologist and pediatrician left everyone stumped. "They said, 'We don't understand this. This is so strange – we've never seen anything like this,'" Pohlman recalls.

It wasn't until about six months after the initial onset that Pohlman joined a conference call with the pediatrician and rheumatologist. Together, they decided Garrett must have something they'd heard of, but never seen, called PANDAS. The next question was what to do.

PANDAS stands for pediatric autoimmune neuropsychiatric disorders associated with streptococcal infections. The condition, which may affect anywhere from 1 in 200 to 1 in 500 kids (though the actual prevalence is unknown), is mostly characterized by obsessive compulsive disorder, tic disorders or both developing or worsening dramatically and suddenly after a bout with strep throat, or another type of strep infection, according to the National Institute of Mental Health. Indeed, Pohlman's son had been struck with several bouts of strep throat not long before his behavior change.

"Your body is equipped with immune cells to fight infections and, in the case of strep [that leads to PANDAS], that immune system is fighting the strep infection then erroneously begins to attack other organs," explains Dritan Agalliu, an assistant professor of pathology and cell biology in neurology and pharmacology at the Columbia University Irving Medical Center.

Scientists including Agalliu have revealed in mice how exactly, at the cellular and molecular level, the immune cells triggered by a strep infection can cross from the blood into the brain and cause inflammation. Others are studying why it doesn't do so in most cases, though it seems to be related to genetics, exposure to the type of strep that causes a recurrent sore throat and an "immature immune system," Agalliu says.

But until there's more strong research in humans, some doctors are skeptical that PANDAS has a true physiological basis, or isn't just another name for OCD. In a recent commentaryin the Journal of Pediatrics, for example, three pediatricians argued that assuming PANDAS – which can't yet be diagnosed via a blood or other lab test – is a result of brain inflammation can lead to the overuse of antibiotics and drugs that suppress the immune system.

But Agalliu says a "wait and see" approach is unethical when it comes to diagnosing PANDAS, since prompt treatment saves lives and prevents long-term disability. Parents and many clinicians add that dismissing it as "run of the mill" OCD or a tic disorder doesn't begin to explain the dramatic impact PANDAS can have on kids' functioning – from serious separation anxiety and poor sleep quality to no appetite and trouble swallowing to slumped posture and bed-wetting long after being potty-trained.

Simply looking at children with PANDAS, who often have a sort of blank stare and dilated pupils, is enough for Dr. Elizabeth Latimer, a pediatric neurologist in private practice and a clinical faculty member at Georgetown University in the District of Columbia, to know there's something affecting her patients' brains. "These children look so burdened," she says, "like the weight of the whole world is on their shoulders."

The good news is that compared to the often dramatic and debilitating symptoms of PANDAS, treatment can be simple and effective. The bad news is that some patients don't get to that treatment in time. "The more you wait, the worse the issue becomes," Agalliu says.

That may mean a lifetime of psychiatric symptoms tied to brain damage, a family torn apart by the all-consuming stress and expense of seeking a solution or, in the saddest of cases, suicide. "There are definitely kids who have died because of this," says Latimer, pointing to two cases in her area of PANDAS patients who died by suicide.

Ideally, long before the condition becomes that damaging, patients find a clinician like a pediatric neurologist who diagnoses it correctly and treats it swiftly. Antibiotics to wipe out the strep infection – even if the sore throat is gone but the bacteria are still lingering – are the first and best line of treatment for PANDAS, according to the National Institute of Mental Health.

"The first goal is to get rid of the infection," says Latimer, who suggests everyone in the family or in contact with the family should get tested for strep too, and treated with antibiotics if necessary. "The real reason you're using antibiotics is to prevent the immune complications," she says, which can go on to the heart, kidney or – in the case of PANDAS – the brain.

In some cases, intravenous immunoglobulin treatment (or IVIg, which "confuses the immune system," Latimer says) and plasmapheresis (which is "like changing the oil of the plasma without taking out the old oil," she continues) has been shown to be helpful, too. However, given the limited research in the area, such procedures for PANDAS are rarely covered by insurance.

Finally, some families and doctors consider additional treatments like cognitive behavioral therapy to manage behavioral symptoms, ibuprofen or steroids to reduce brain inflammation, and tonsillectomies and adenoidectomies to remove the organs originally affected by the virus. Agalliu is also hopeful that his team's research finding similarities between PANDAS and pediatric multiple sclerosis – which also involves some sort of immune system dysfunction – may lead to more treatment options in the near future.

Today, Pohlman's son is an athletic, smart 18-year-old who's heading to college at the University of California-Berkeley this fall. "He's healed," says Pohlman, who founded the nonprofit PANDAS Network in 2009 to raise awareness of the condition and its treatments, and connect with other families who were going through the same, life-altering process. "I love helping families when they're scared," she says, "because I have so much confidence that their kids are going to be OK."

That's not to say the years between Pohlman's son's first symptoms and today were easy. After researching the condition, she convinced a doctor to give her son broad-spectrum antibiotics in an effort to wipe out lingering strep bacteria, which improved his symptoms 50 percent in three days, she says. Then, he got a tonsillectomy, which boosted him to about 70 percent, she says. But when he started to develop gait problems and worsening sensory issues, Pohlman took him to a doctor in Chicago who agreed to give him IVIg and plasmapheresis. "My son got better right away," Pohlman says. He had to undergo the procedure again, though, when his strep infection recurred.

Meanwhile, like many families coping with PANDAS, Pohlman's marriage and finances took a hit. She got divorced, her daughter also developed PANDAS and she was forced to sell her last piece of valuable jewelry – a family heirloom – to fund the IVIg treatment. Her daughter, now 14, is healthy too. "I've been holding my breath for a decade," Pohlman says.

Now Pohlman's goal is to provide more support for families and parents coping with the emotional and financial aftermath of PANDAS through her nonprofit. "I want to talk about the mental health trauma of it for the family … and how to start healing," she says. "I don't know how to do that yet."

So I hoped you like the article - the original link is: https://www.msn.com/en-us/news/medical/pandas-when-a-simple-strep-throat-leads-to-frightening-behavior/ar-BBL6DHT